Please have your student add your contact information on their SOAR profile to receive all communications about being a family member of a new student!

Welcome to the online SOAR Parent & Family Program! As students participate in their own SOAR (Student Orientation, Advising, and Registration) experience, we invite you to join us here for the SOAR Parent & Family Orientation. This online program will provide you with the information and resources you need to support students during their university transition and beyond.

Rebecca M. Blank became chancellor of the University of Wisconsin–Madison in July 2013. Since then, she has led efforts to expand educational opportunities, both inside and outside the classroom, to better prepare students to succeed in a rapidly changing economy. At the same time, she has worked to maintain the university’s position as a global leader in innovation and research and has emphasized its role in nurturing entrepreneurship and driving economic development.

An internationally respected economist, Blank previously served as a professor and dean in the Gerald R. Ford School of Public Policy at the University of Michigan and on the faculty of Northwestern University and Princeton University. She also served as Deputy Secretary and Acting Secretary of the U.S. Department of Commerce.

Christina Olstad oversees departments in the areas of Student Advocacy within Student Affairs.  Departments include Associated Students of Madison staff and programs, the Dean of Students Office, Center for the First-Year Experience, Office of Student Conduct and Community Standards, and the Parent and Family Program, all focusing on student advocacy and success.

Patrick J. Sims oversees the Division of Diversity, Equity and Educational Achievement. The division supports the mission of the University of Wisconsin-Madison as it works to create a diverse, inclusive, and excellent learning and work environment for all students, faculty, staff, alumni and others who partner with the university. Units within the division include Academic Coaching and Tutoring Services (ACTS), Center for Educational Opportunity (CEO), Chancellor’s & Powers-Knapp Scholarship Programs (CSPKS), Learning Communities for Institutional Change and Excellence (LCICE), Office of Multicultural Arts Initiatives (OMAI) / First Wave Scholars, Posse Program, PEOPLE Program, and the Ronald E. McNair Program.

Click the button below to begin our SOAR Parent & Family Orientation! 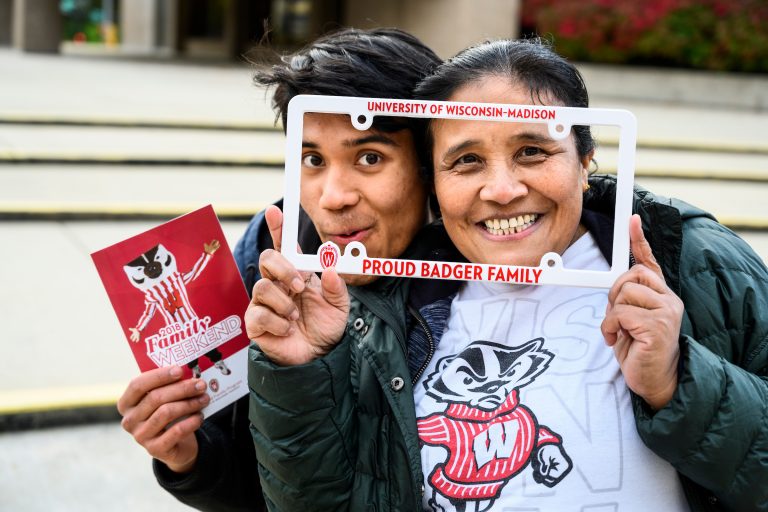 By participating in the SOAR online experience, you will:

For the purposes of our program, “parent and family” includes, but is not limited to, parents, stepparents, extended family members, chosen family members, foster parents, and legal guardians.